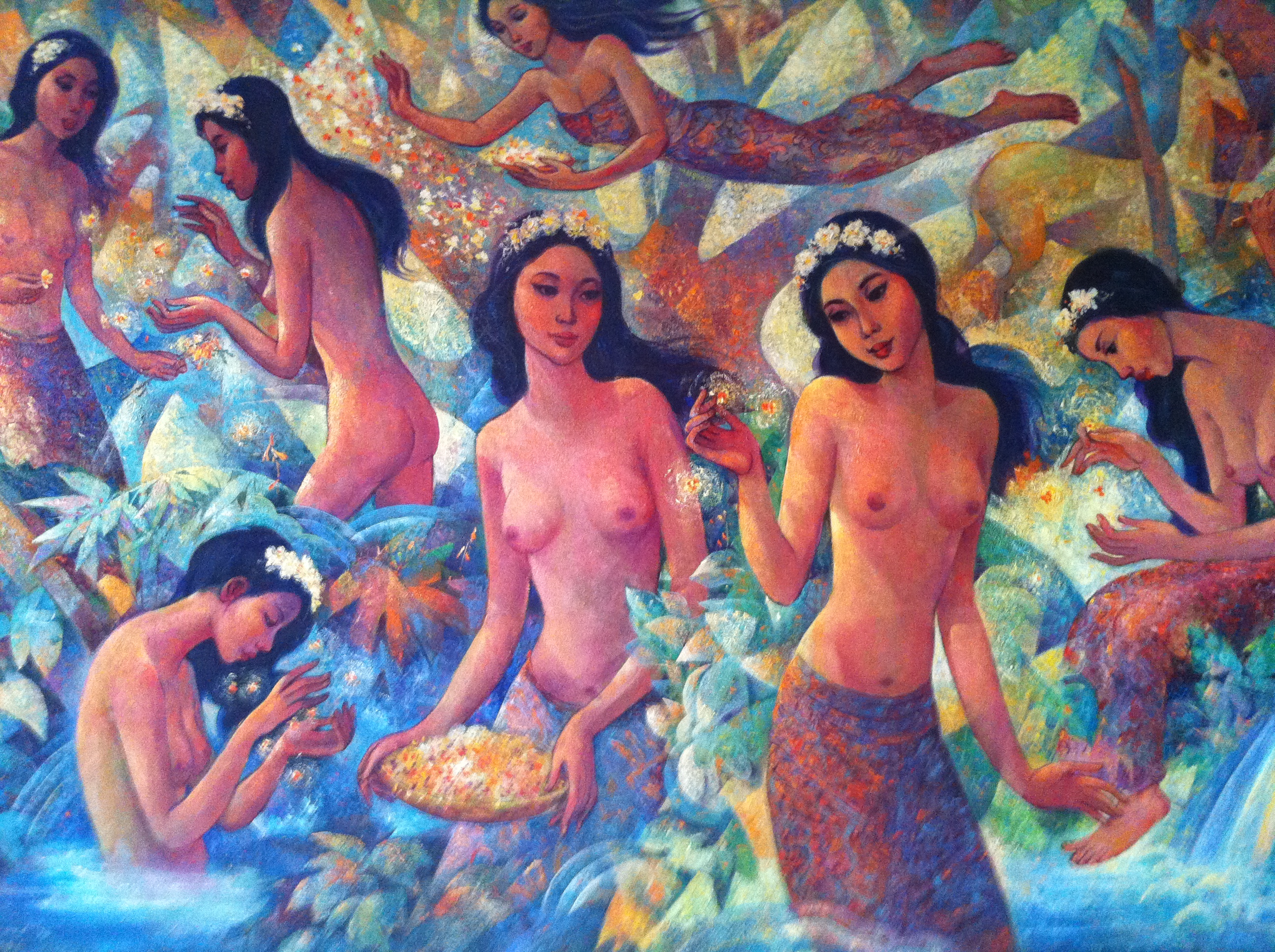 Underneath our desires, there are unnoticed myths.

Myths are stories that in a given time embody our models of reference, our values as a society.
They represent our relation towards people and our stance in the world.
Myths are tales containing profound unconscious beliefs.

Myths have been sustaining and feeding people’s beliefs, explaining and giving meaning to life.

The myth of the Sun as God that provided the planet with life mirrored the Pueblo people’s vision of reality and their sense of gratefulness towards the source of life on earth.

The myth of Icarus, a young man who defied his father by trying to fly as a God, sustained the values of non-arrogance and non-greed. While the myth of Prometheus, who instead defied the gods, was considered as having empowered humanity.
The myth of Oedipus we mistook human kinship for non-relatedness and misbehaved against universal values.

Myths can be nutritive, providing people with a purpose and meaning through metaphoric answers on fundamental questions about life and afterlife. Myths can also respond allegorically to questions that underlie our feelings of fear and insecurity. 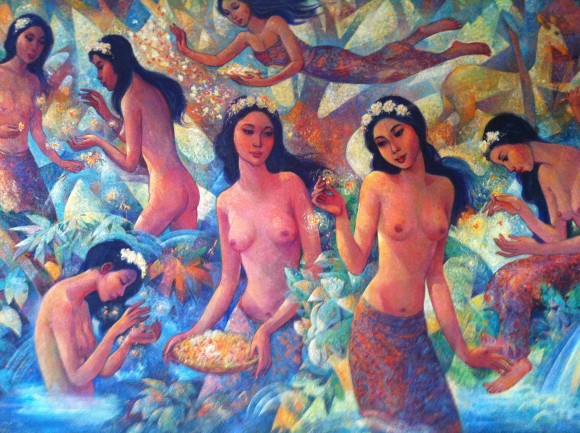 Myths are meant to nestle and at the same time shake our emotions.
They can endow our mind with solid pillars so as to withstand reality. Or allow us to see life with more clarity and to relate to our existence with stronger values.

Unrelated to what is provable and disprovable, myths connect to emotional values and meanings we attribute to life and the role we play in it. If taken literally, myths can be disproved.

Consider the myth of Icarus after the advent of the aircraft. The basic storyline of the myth – the impossibility of men to fly – is destroyed and the myth is rendered invalid. However in disproving the feasibility of the myth, we may in fact diminish the myth’s underlying meaning and emotional value. The value of avoiding arrogance and discontentment of our limits – as beheld in the tale of Icarus – is still equally meaningful once we have disproven that men cannot fly.

When a myth is factually invalidated and gone, we may stand to lose reference to healthy values.

Today we know that the sun is not a God sustaining the planet and that the earth is not a fertile Mother. But through this knowledge we have not gained, and arguably have rather lost, any feeling of gratitude and sense of awe towards life, taking for granted all that enables us to survive and enjoy life on a daily basis; like fresh air, fresh water, fertile soils and the diversity of life.

When myths fall short we are left more alone in the quest for meaning.
Without myths, we lose meaning of the profound and reasons to live and celebrate life.
When we lose reasons to live, we attach our life’s purpose to pleasures or power. We become compulsive achievers. And pleasures and power are transient and self-deluding since they do not resolve our absolute need for self-approval and unconditional happiness.

Myths as healthy symbolic stories provide us with a set of positive values, and are vital to our sense of direction.

You can feel this need on any of those days when you question what is the meaning of all you are doing and what is the point for being busy and stressed and feeling lonely.

Today, in the age of science and information, I am wondering what myths we have.

I can think of several unhealthy myths:

There is the myth of scientific and technological progress. Are science and external progress anyhow related and able to help us to drop our insecurities or unhappiness, no matter how much external knowledge and prosperity we have? Is science or technology related to our happiness?

The myth of technology stems from a false assumption: a more comfortable life equals a happier life. In the past, the material progress myth also promised an easier life: it ended up triggering new demands that we now mistake as “needs” and promoting a faster and more stressful pace of living.

The myth of personal success, this one seems to me the most common one nowadays. Observing it, I see in it a lonely human being feeling separated from others, doomed to do better than his fellows in order to emerge from the herd as an extraordinary individual. All that without realising that all he considers his own skills are originally given not self-created.

Deeper within, there lies the myth of insecurity: an insecure being trying to prove his self worth, aiming to gain self-approval by other people’s approval through external achievements –money, reputation, fame– mistakenly believing them to be valuable. This is a profoundly sad myth to me. My hairs stand on end every time I hear of coaches thoughtlessly talking about being successful, promising success and selling success as a value. There is a lot of ignorance about the link between success and happiness. Because the definition of such success is concealed: any external achievement that doesn’t come from a state of unconditional happiness turns into a new fear (to lose that state of “achievement”) and into a new compulsive desire (a higher achievement to prove again one’s self-worth).

Yet I also see some alternative modern-day myths.

The myth of a simple life: living outside the city, leaving the job you got with no real motivation and need, surrounding yourself by nature and living in a small, sustainable and integrated community where you unlearn to relearn about respecting your body, mind and fellow beings. There are myths of spiritual growth and self-knowledge. Such myths have to face the present reality of competition, money and bureaucracy. Such unconscious myths are developing not as mainstreams but within small groups of people still considered as outsiders.

The myth of a universe of universes in a balanced harmony is my personal choice of myth. This myth is based on the only human success that makes sense to me: achieving a state of consciousness where I find myself aware of the fact that I am sharing this world with other seven billions of universes, each person being a universe. Each of us is the universe. The myth of a state of understanding in which we see each universe-being (person) as a unique world to be known, respected, cherished and learned from. Every person is a world sharing with me the same fundamental inner traits: consciousness and the aspiration to be loved. My myth is a planet populated by people who have understood and assimilated the nature and the rhythm of life: inhaling and exhaling, living and dying, giving and receiving, in a perfect apparently chaotic synchronicity, where we understood our existential stance while enabling other planets to circumnavigate the universe as our self.

And believe me: I believe that such a myth is not as mythic as you might believe. 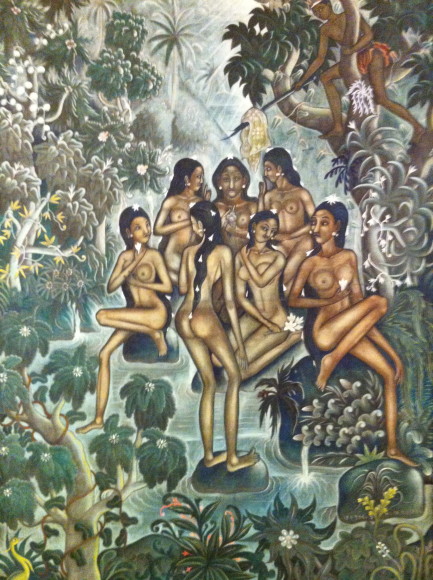